Promoting collaborative research on ideas central to the pressing issues of our time.

Since its establishment in 2017-2018, the Humanities Institute has hosted an annual lecture each spring to celebrate and interrogate the work of the humanities. In 2018-2019 we introduced an Alumni Award, given to a Penn State graduate who has made a significant impact in the humanities. 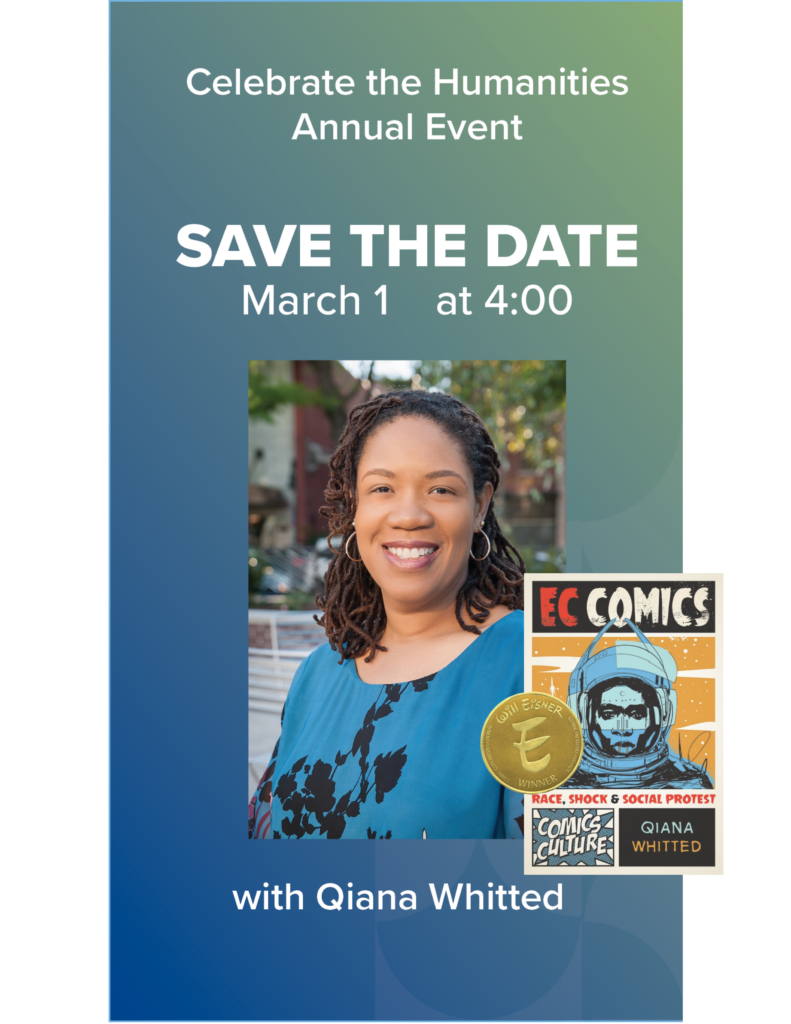 Qiana Whitted is an associate professor in the Department of English and African American Studies at the University of South Carolina. She specializes in 20th-Century African-American literature, cultural studies, and American comic books. She is the co-chair of the International Comic Arts Forum and the editor-in-chief of Inks: The Journal of the Comics Studies Society. Her book EC Comics: Race, Shock, and Society Protest won the 2020 Eisner Award for Best Academic Scholarly Work. She is also the author of “A God of Justice?” The Problem of Evil in 20th Century Black Literature (2009) and co-editor of Comics and the U.S. South with Brannon Costello (2012).

Dr. Whitted’s lecture will take a closer look at debates over race and blackness in American comics produced during the first half of the twentieth century, as the comic book industry’s Golden Age converged with the era of Jim Crow. While racist caricature remained central to popular comics of the day, this discussion makes the case for a more complex narrative and aesthetic landscape, one expanded by the oppositional reading practices of African American youth and the experimental efforts of comics artists, writers, and editors to reach a wider audience. Her lecture will consider, too, the impact of race and difference in accusations about the harm that comic books caused younger consumers, as well as the more aspirational claims about the way that this popular medium could be used as a tool for social justice during the 1940s and 1950s.

This event will be followed by a reception for attendees. 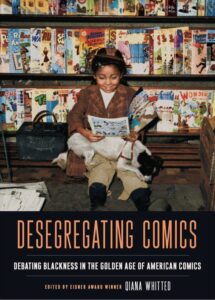 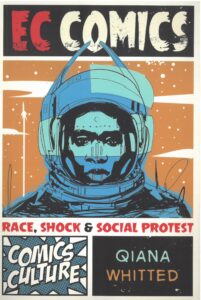 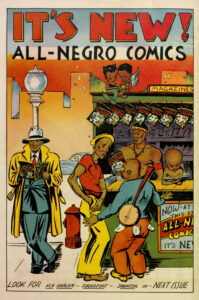 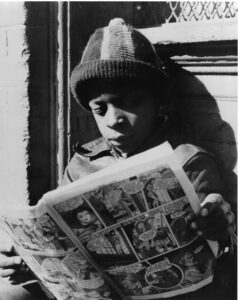 Congratulations to the Humanities Institute Outstanding Alumni Award Winner of 2023: 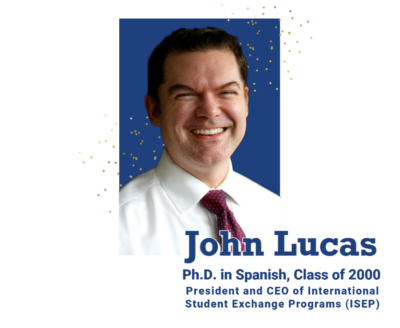 Dr. John S. Lucas is President and CEO of ISEP Study Abroad, the world’s largest exchange network of more than 350 post-secondary institutions in over 60 countries. Previous leadership roles include Provost and Executive Vice President at the School for International Training, Associate Vice President of Academic Programs at IES Abroad and Center Director in Barcelona and Alicante for CIEE. He holds a Ph.D. and an MA in Spanish Linguistics from The Pennsylvania State University, where he was an Edwin Erle Sparks Fellow in the Humanities. He also holds an MA in management from SIT. Dr. Lucas is the current Chair of the Board of the Forum on Education Abroad. He publishes widely and has held adjunct faculty roles at Georgetown University and the Universidad de Alicante, Spain. He speaks Spanish, Catalan, French and German.

Lucas will receive his award during the Humanities Institute’s Annual Event on Wednesday, March 1 of 2023.

2022: Dr. V.P. Franklin was presented with our 2020 Outstanding Alumni Award (delayed due to pandemic circumstances), and delivered our annual Celebrate the Humanities lecture (“Reparations, Reparatory Justice, and Youth Activism in the 21st Century”) as well. Additionally, we celebrated the donation of Dr. Franklin’s papers to the Penn State Libraries.

2021: The Humanities’ Many Futures: An Interactive Discussion with Exciting New Grant Opportunities | The Humanities Institute in Partnership with Humanities Without Walls

2020 (cancelled due to COVID): Quiana Whitted | Professor of English and African American Studies at the University of South Carolina

2019: Sarah Willie-LeBreton | Provost and Dean of the Faculty, Swarthmore College