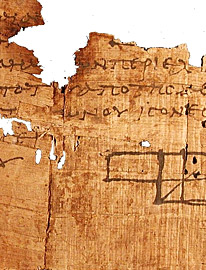 The Hellenic Studies Group brings together scholars across the College engaged with or curious about Ancient Greek philosophy, language, rhetoric, history, literature, and reception. Each year we devote six meetings to a single interdisciplinary text (or several related texts). In 2016–17, we studied Aristotle’s reconstructed Protrepticus. In 2017–18, we studied a number of reconstructed treatises by the Epicurean Philodemus – including On Rhetoric, On Frank Speech, and On Anger – recovered from the ashes in Herculaneum. In 2018–19, we studied the Hellenistic texts of the so-called “Pythagorean Women,” among the earliest philosophical texts of any tradition to have been written by or attributed to women. In 2019–20, we will focus on Gorgias of Leontini. We alternate between invited outside experts and our own membership to lead our meetings. The primary goals of HSG are to increase intellectual conversation across departments; occasion mentorship and networking for graduate students; and increase its members’ teaching and research capacities. The group is on pause for 2020-2021.