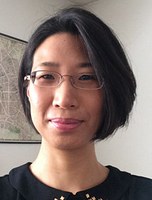 Department of Germanic and Slavic Languages and Literatures

The demand of proficiency in a second or foreign language is constantly growing in our globalizing world. Depending on the circumstances, foreign language acquisition may not always happen through classroom instruction but also more naturalistically by living and working in the host country. I am looking at an underrepresented group of foreign language acquirers who belong to the latter group, namely Korean native speakers who immigrated to Germany in the 70s for work purposes and became part of an important chapter in Germany’s as well as Korea’s socio-economic history. Today, they are looking back on a lifetime of more than 40 years in Germany and I am curious to investigate how the German clausal architecture is represented in their mental grammar after all these years. I am asking whether the clausal architecture of German is represented (1) similarly irrespective of their level of proficiency or (2) differently, occurring in a stage-like fashion where lower proficient speakers are lacking higher stages of the clause structure in their mental grammar. To pursue these questions, I am employing two competing theoretical accounts of the acquisition of the (German) clause structure and will evaluate them using the data I collected in Germany in Spring 2017. Thereby, I hope to contribute to the understanding of second/foreign language acquisition of German by shedding light on a naturally acquired mental representation of the German clausal architecture.