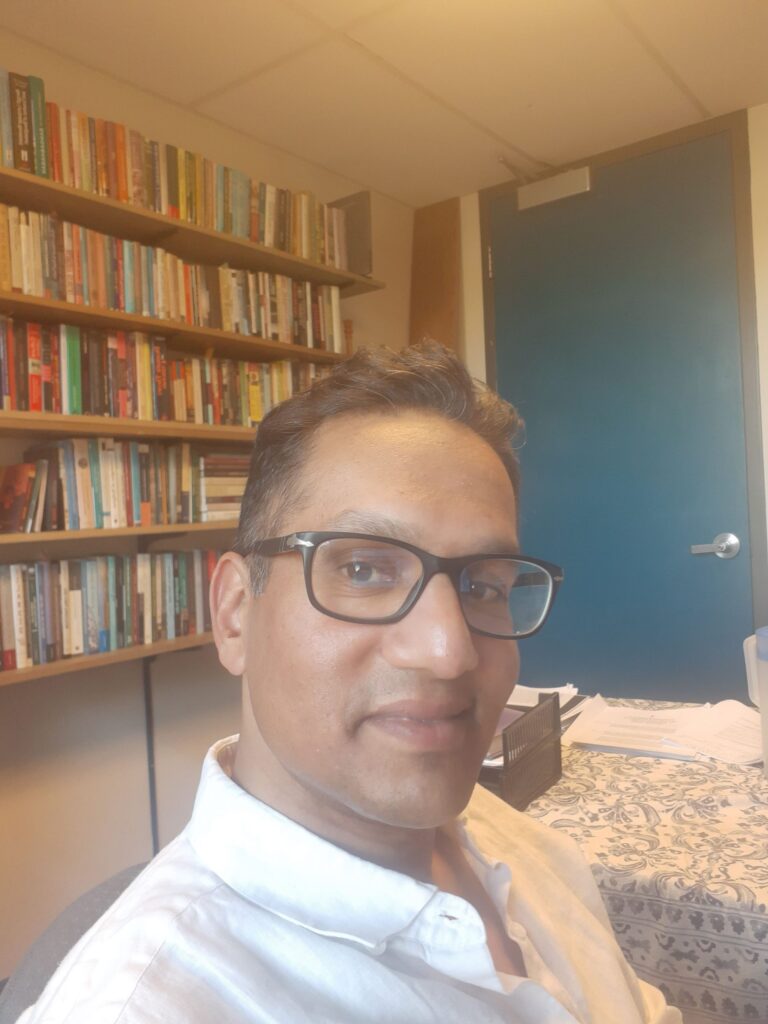 Neilesh Bose currently holds the Tier II Canada Research Chair in global and comparative history at the University of Victoria.  A historian of modern South Asia with interests in colonialism and decolonization, nationalism, and cultural history, his publications include the edited volume South Asian Migrations in Global History: Labor, Law, and Wayward Lives (Bloomsbury, 2020), the monograph​ Recasting the Region: Language, Culture, and Islam in Colonial Bengal (Oxford, 2014), and articles and reviews in journals such as Modern Asian Studies, Comparative Studies of South Asia, Africa, and the Middle East, and the Journal of World History. Outside of the archives, he holds active interests in theatre, performance, and histories of the arts. He has edited the collection of original plays titled Beyond Bollywood and Broadway: Plays from the South Asian Diaspora (Indiana, 2009). Dr. Bose. At Penn State, he will focus on the writing of a biography of Taraknath Das, an early twentieth century Indian migrant, nationalist, and revolutionary active in the United States during the era of Asian exclusion.